Edward Robinson Statue
This bronze Statue of Edward Robinson is located on top of a Daughters of Utah Pioneers Monument in Robinson Park at 120 South 100 East in American Fork. Edward is depicted as he was constructing his portion of the Lake City Fort Wall in 1853. This is to memorialize the efforts of early pioneer families of Lake City (American Fork) in 1853-1858 as they were building a Fort Wall around their city. An American Fork Sculptor, Jason Millward, was commissioned for this statue.

This project was directed by a committee composed of representatives from the Historic Preservation Commission, American Fork Arts Council and Daughters of the Utah Pioneers. 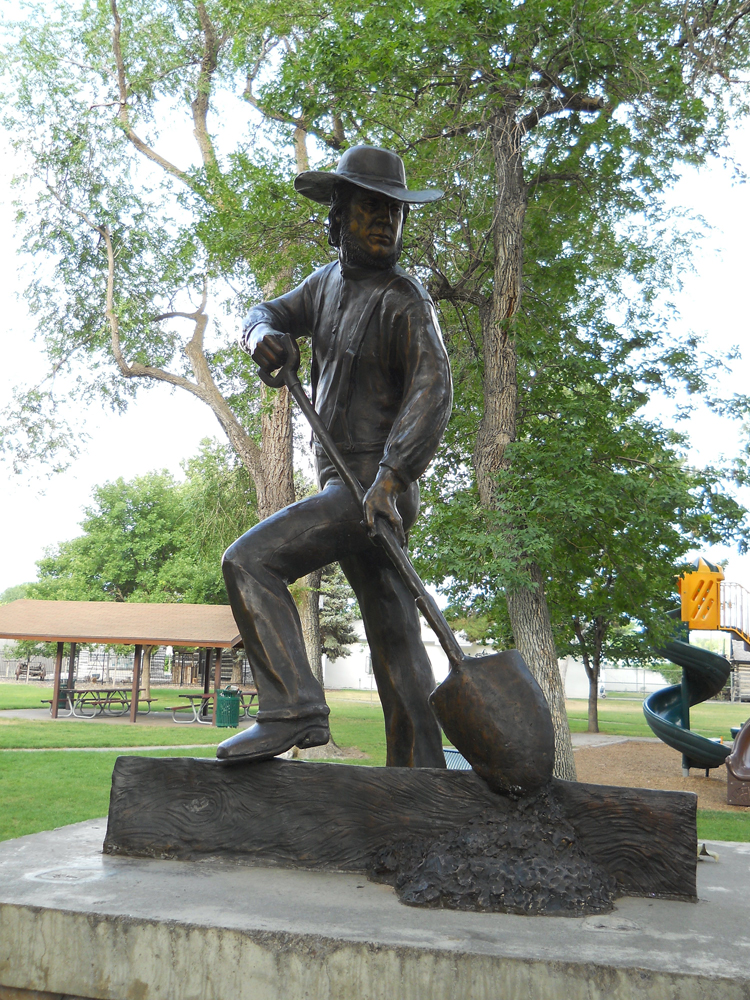